On the evening of October 15th, the wife of famous sprinter Zhang Peimeng explained that Mo Han (real name Zhang Mohan) sent a long article accusing her of domestic violence. She also posted a number of injury photos and chat transcripts, stating that she had been married before and after marriage. Zhang Peimeng suffered domestic violence of varying degrees during pregnancy and after delivery, and claimed that his mother and fourth aunt were also beaten by Zhang Peimeng and others in Harbin, and his daughter was also snatched away by Zhang Peimeng. 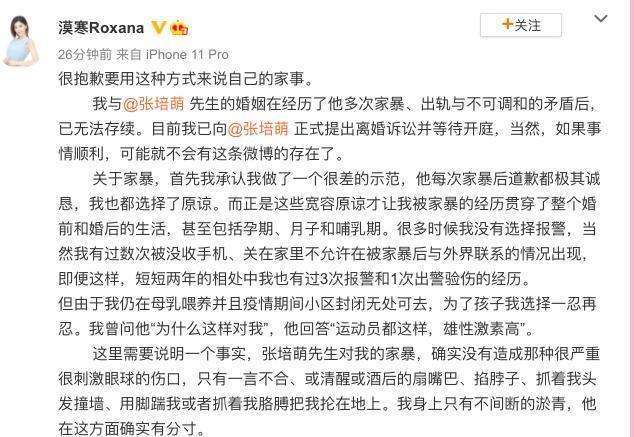 After the long article was issued, Zhang Peimeng's wife claimed that the topic of being domestically abused immediately ranked first on the Weibo hot search list, arousing great public attention. As of the press time of Private Sports Entertainment, Mo Han's Weibo has had 96,000 reposts, 87,000 comments, and 1.6 million likes.

The last time Zhang Peimeng appeared on Mohan's social platform was on June 10, when Mohan liked Zhang Peimeng's ad for a certain brand. On May 22, Zhang Peimeng and Mo Han also appeared in the live broadcast of Bayern Football Club as a husband and wife. As guests and hosts, the interaction between the two was normal. 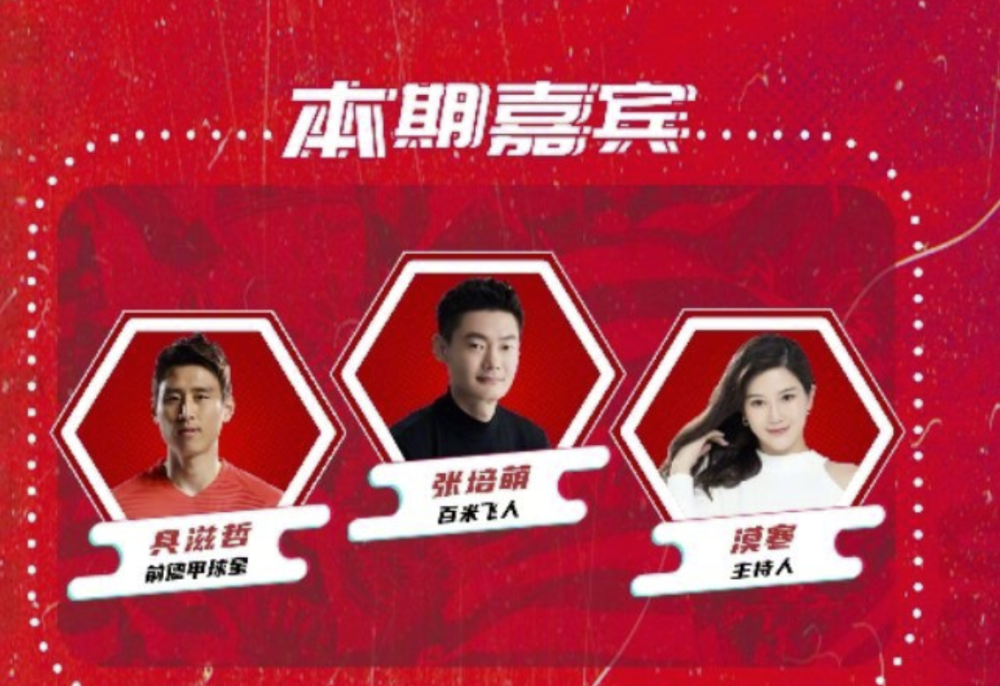 On July 1, Zhang Peimeng sent a divorce agreement to Mo Han, but because Mo Han had given birth less than a year at that time, the law stipulated that the man could not file for divorce and was rejected.

On July 21, Mo Han formally applied to the court for divorce. After that, Mo Han began to post several times on social platforms suggesting that Zhang Peimeng had “derailed” and “domestic violence”.

On August 13th, Mo Han issued an article: How did being a scumbag become fashionable these years? It seems that the two words "slag man" are to some extent equivalent to "mixed good"... 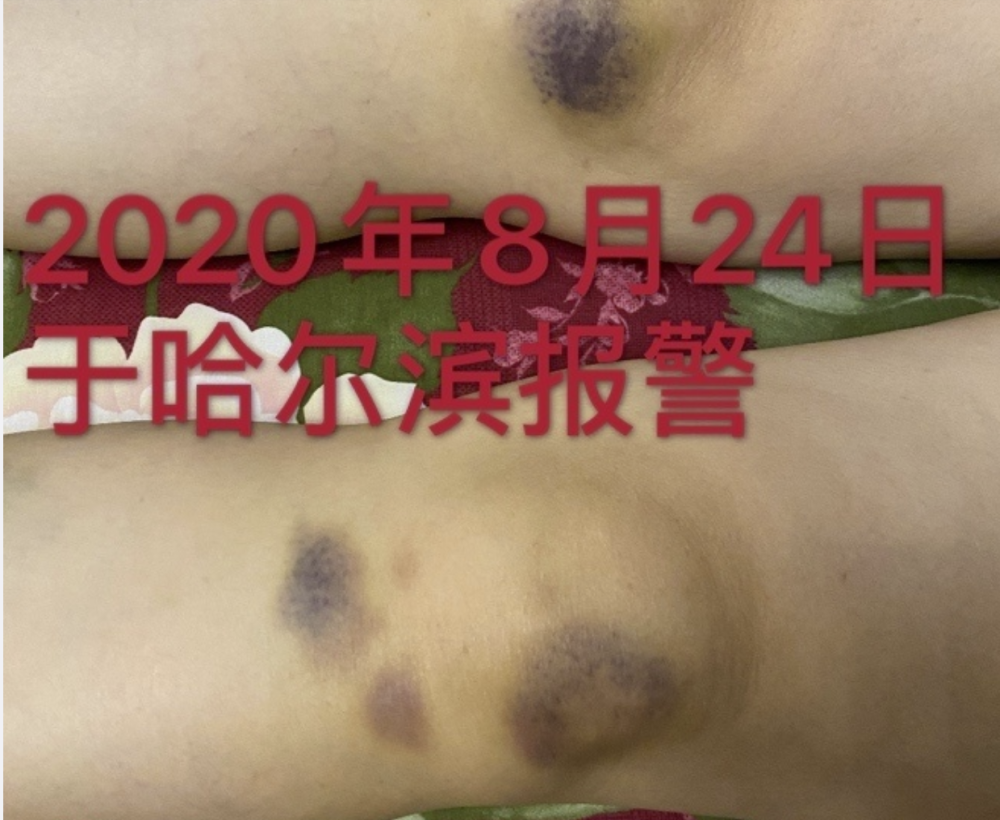 On September 2nd, Mo Han forwarded and wrote: There are only two possibilities for domestic violence: 0 and countless times. Women, in the relationship between the sexes, the first thing to do is to live safely!

On September 5, Mo Han forwarded the accompanying text: We still have a kind of ability and violence and fist to say no, because not all marriages are happy and perfect.

On September 14th, Mo Han issued an article recalling the difficulty of giving birth: a year ago, I gave birth to you with a dystocia +1278 ml of heavy bleeding, and it took more than an hour to save my life. Let us thank the doctors and nurses who saved our mothers! For various reasons, I did not see you for your birthday on your first birthday. However, you can rest assured that my mother will do her best to reunite with you! I've died once. As long as I can protect you, what's my mother afraid of?

On October 15, nearly three months after Mohan sued the court for divorce, she published a long article accusing Zhang Peimeng, and stated at the beginning of the article that the divorce dispute is waiting for the hearing, “If things go well, there may not be this one. Weibo already exists.” Alluding to the fact that the divorce case between the two did not seem to go smoothly.

Mo Han is 5 years younger than Zhang Peimeng. He graduated from Communication University of China and was a football commentator and host. The two met because of work during the 2018 Pyeongchang Winter Olympics. At that time, Zhang Peimeng attended a culinary-related show hosted by Mo Han as a guest. Zhang Peimeng described Mo Han in an earlier interview as “it is very prestigious at first sight and his cooking skills are also very good”. 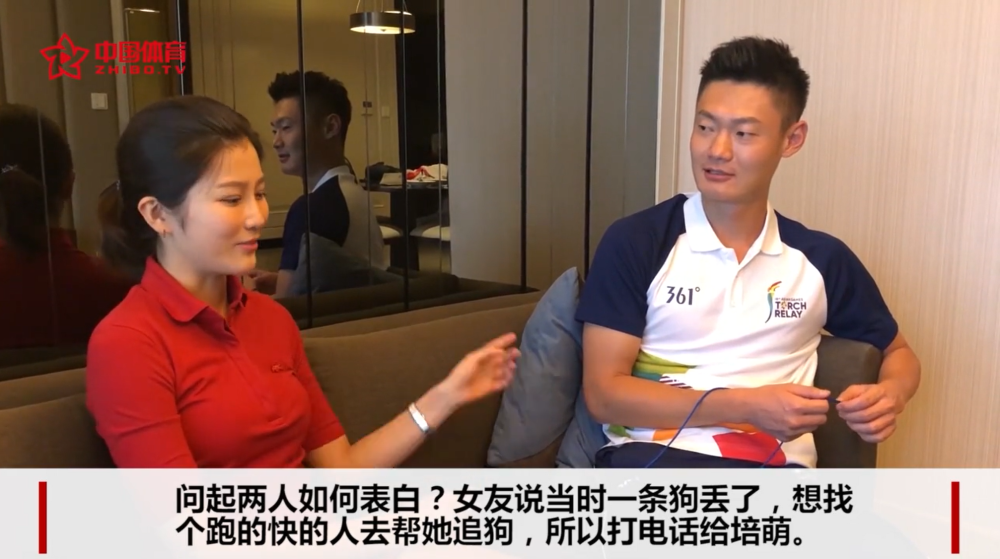 According to interviews, the two confirmed their relationship in May 2018, only three months after they met.

On August 16, 2018, Zhang Peimeng, who passed the torch at the Jakarta Asian Games, announced his love affair with Mohan on social platforms. During the period, Mo Han accompanied Zhang Peimeng to accept many media interviews in front of Jakarta. 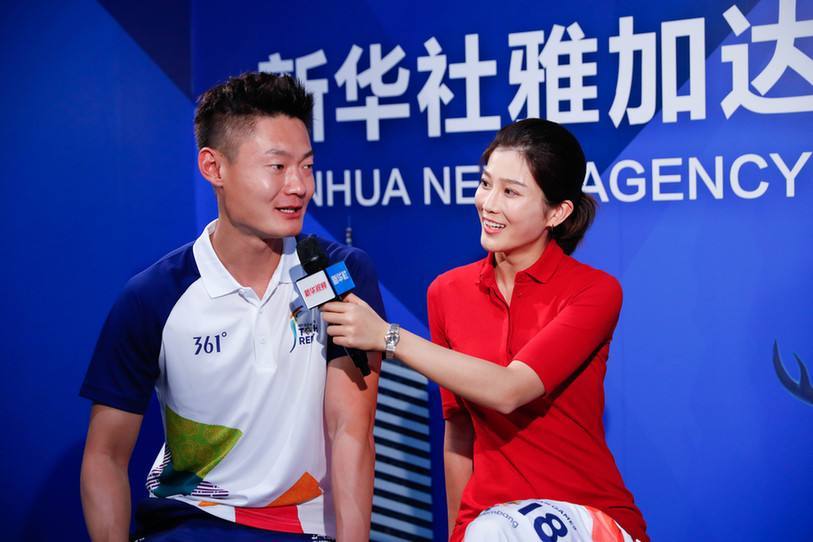 At 13:14 in the afternoon, Zhang Peimeng wrote an article saying, "I am serious about loving one person in my life!" After the divorce dispute between the two, Zhang Peimeng had deleted the Weibo that he had interacted with Mohan and confessed. 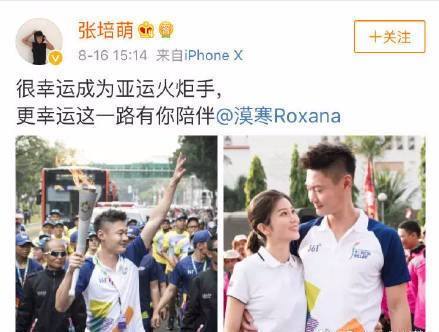 On June 9, 2019, their wedding was held in Beijing; in September 2019, their daughter was born. In the past sweet time, the two were once promoted as golden boys and girls in the sports circle, and appeared in public many times as couples and couples. 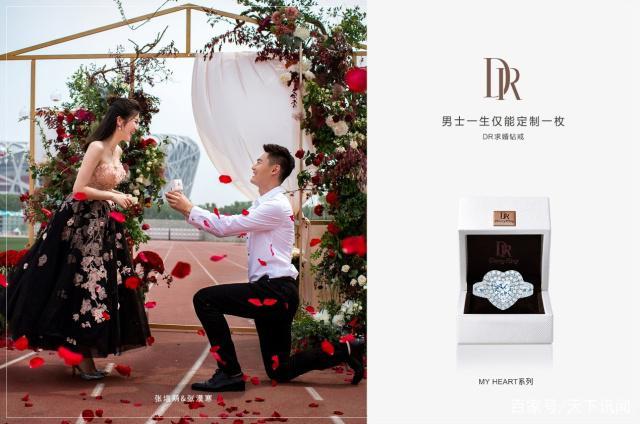 It was also a short marriage of one year, and it was also a "family configuration" combining style and sports. After the farce of the dispute between Zhang Peimeng and Mo Han was exposed, many sports fans thought of the relationship between Liu Xiang and his ex-wife Ge Tian who were also heated up a few years ago. divorce. While many netizens were embarrassed, they couldn't help but ask: Why is it so easy to roll over with styles? 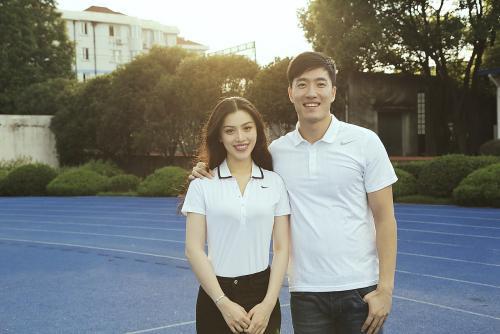 Private Sports Entertainment Group looked at several videos of Zhang Peimeng and Mo Han in interviews together, and the two of them seemed to be able to discern some clues from their descriptions of getting along. These sweet details at the time seem to be the foreshadowing of today's farce. 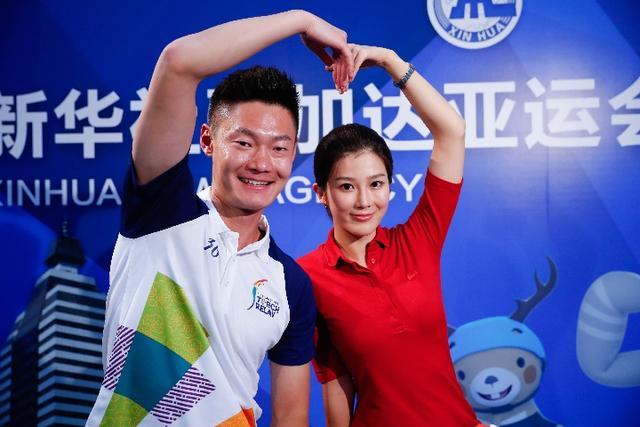 First of all, in character,

This point is also mentioned in the statement of Zhang Peimeng’s team. Mo Han has been trying to brainwash Zhang Peimeng "athletes are simple-minded, rough-tempered, low-character, inferior." He has repeatedly threatened to report to the police, report, and use Moments, media, and social media. The internet has ruined Zhang Peimeng, and he has implemented all these actions.

Secondly, there are also some contradictions and conflicts in the way the two get along. Zhang Peimeng once said in an interview, 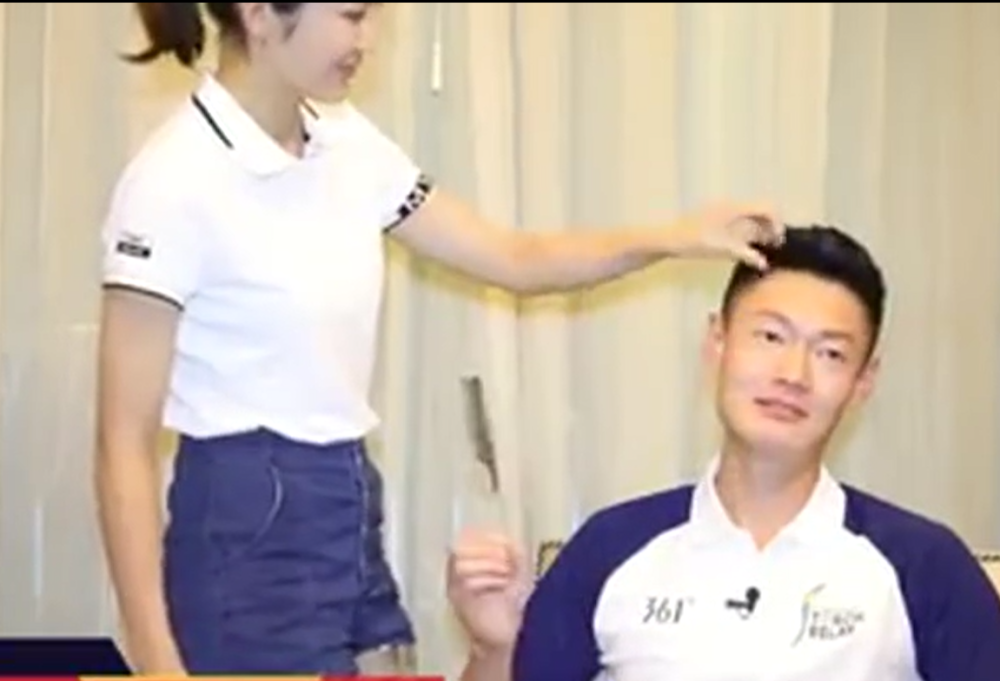 In an interview, Mo Han intermittently sorted out Zhang Peimeng’s microphone angle, hairstyle and other details

Zhang Peimeng mentioned in an interview in 18 years, "She has a very strong personality. When we quarreled a few times, she was the host and I couldn't tell him."

Several insiders said that three months ago, they had heard that the two had a very stalemate. "The woman also went to the man's school and sports system to find it." 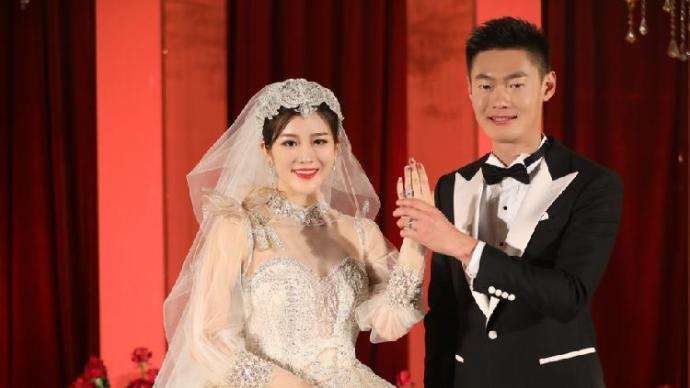 The insider also said that although Mohan has a strong personality, she also has a sense of insecurity in love. She also wanted to save her marriage. This public long article was "tipped" mostly because she wanted to fight for support in a divorce dispute. right.

From peers to strangers, there were always many sweets in the past, but in one year there was only a mess of mutual accusations. In the divorce disputes of different opinions, it seems that it is impossible to make a final conclusion about who is right and who is wrong. We can only wait for the punishment of the law, so that young children can still grow up in love.